Panthers through to semi-finals, Pinkies to play for a spot 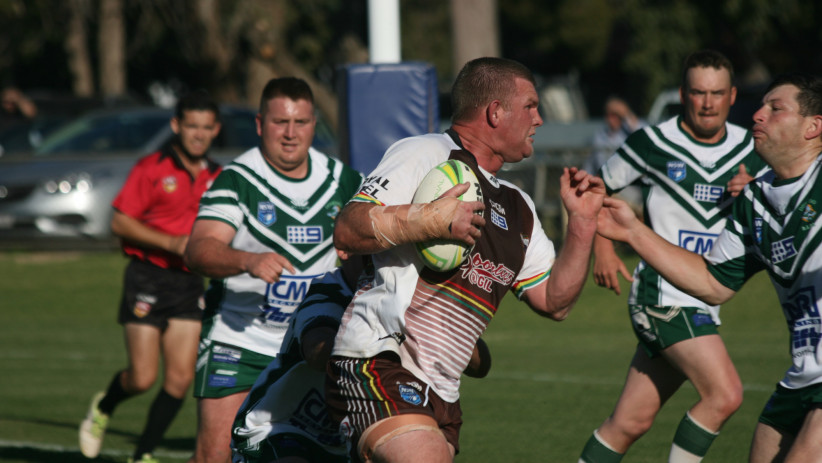 Ashley Hazelton takes on the Dunedoo line in the Panthers one point win over the weekend.

The Panthers have secured a place in this years’ Christie Hood Castlereagh League semi-finals with a thrilling one point win over the Dunedoo Swans at McGrane Oval on Saturday.

Both sides went into the match with a thousand different scenarios depending on the result and in the end, it became clear that the Panthers will get to host a home semi-final.

Played in front of a healthy home crowd, the Pant-hers were on the back foot from the start of play when the Swans found touch from the kick off. The Panthers were able to soak up the early pressure and work their way downfield. Jamie Towney forced his way over the line to open the scoring for the Panthers after nine minutes of play.

Brandon Hammond converted and four minutes later Danial Pracy went on a rampaging charge at the Swans defence, before finding Hammond who crossed out wide. Hammond extended the lead to 12-0 and that is the way things stayed until Blake Taufa crashed through the Panther defence to score with only three minutes left in the half. Dan Lane converted to bridge the gap to six points.

Just before the break the Panthers found themselves deep in enemy territory. Luke Ritchie surprised everyone with a perfect field goal and the Panthers went to the break with a seven-point lead, 13-6.

The Swans hit back immediately after the resumption when half back, Tom Yeo, forced his way over the white paint close to the sticks. Lane cut the Panthers’ lead to one point with his conversion. In a gripping second half neither side was prepared to yield an inch. With 14 minutes gone, Jordan Reynolds charged at the Swanny defence and scored in canteen corner, much to the delight of the Panther faithful on the hill.

The conversion attempt just swung wide but the Panthers led 17-12. With 22 minutes left on the clock the Swans were awarded a penalty in front of the sticks at close range, but instead of taking the two points they elected to chance their luck. Two tackles later, Scott Beshman crashed through the Panther defence to score under the posts. 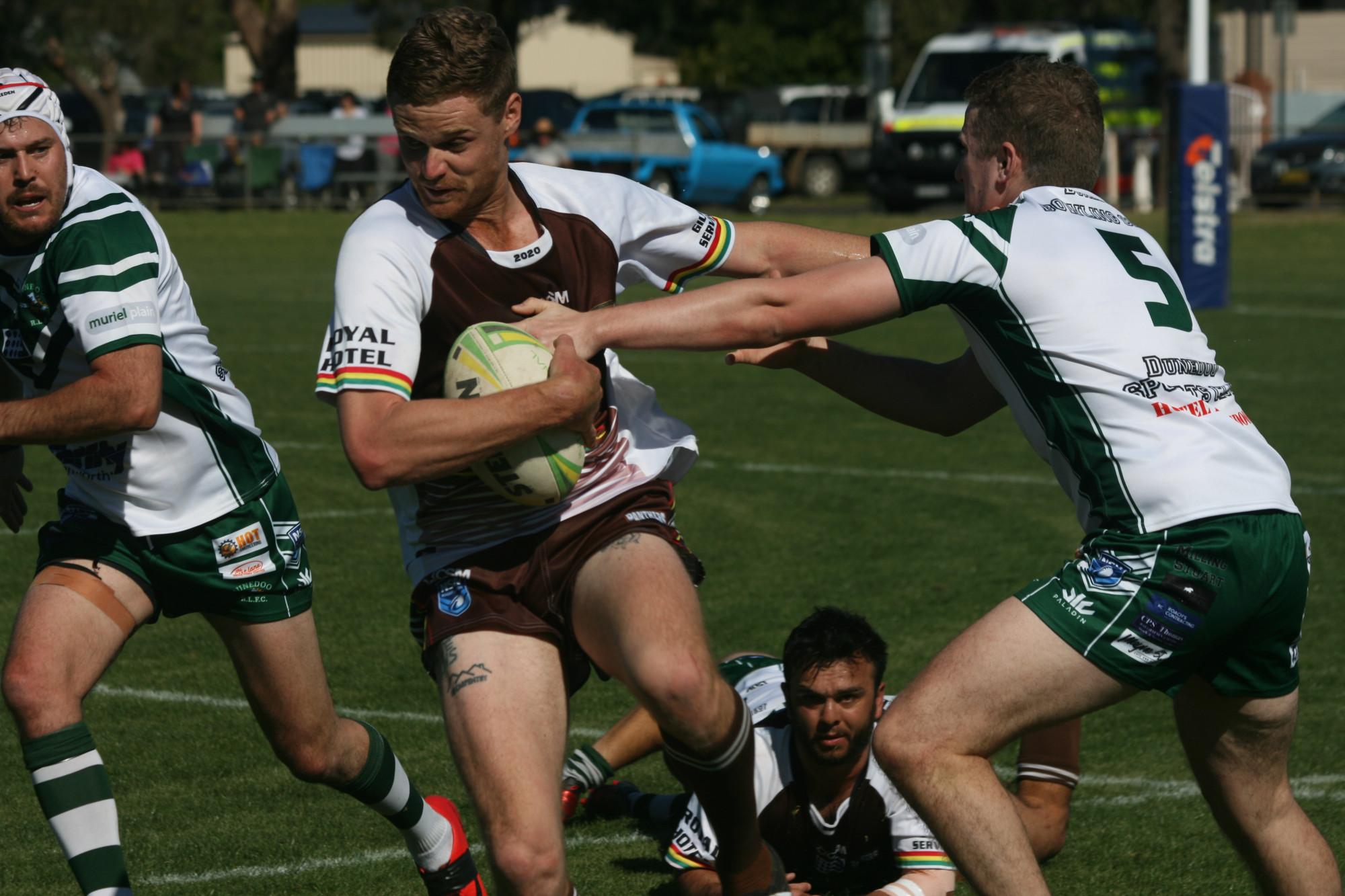 Lane put the Swans in front for the first time in the match with his conversion and the Panthers crowd started to become nervous.

With 15 minutes to go, the Panthers went on the attack and Luke Ritchie put in the perfect grubber kick to find a flying Josh Nixon who touched down in the corner. Hammonds’ magnificent sideline conversion proved to be vital in the end result as the Panthers went out to 23-18.

The Swans were not done with yet however, and they came charging back into the match. Their flying winger, Jarrod Toole was able to beat the Panther defence to touch down in the north-eastern corner. Much to the delight of the home crowd, the conversion attempt was waved away, and the Panthers clung to a 23-22 lead as the minutes ticked away.

It seemed that the Panthers were going to hang on in a nail-biting finish, but the Swannys’ had one last cha-rge at the line.

In the very last tackle of the game, 10 metres out from their own line, the Panthers were penalised and the Swans were going to steal the match with a penalty goal from close range.

The shot was waved away and the Panthers got home by the narrowest of margins.

In a great match, the Panthers put in a fantastic team effort but none better than their flying fullback, Tyler Bamblett, who was great every time he had to run the ball back into the defence. Second rowers, Jordan Rey-nolds and Alex Ronayne were also standouts for the Panthers.

After such a tough match, the Panthers will be looking forward to a week off with the bye before the semi-finals the following week.

The Pinkies don’t get time to rest however, and they head to Baradine this Saturday for a night game against the Magpie girls.

The Pinkies will be looking to bounce back and keep their semi-final hopes alive after their loss to the Swan-ettes last Saturday.

The Pinkies were down 10-0 early in their match before try scoring machine, Emily Fardell got the Pin-kies on the scoreboard. 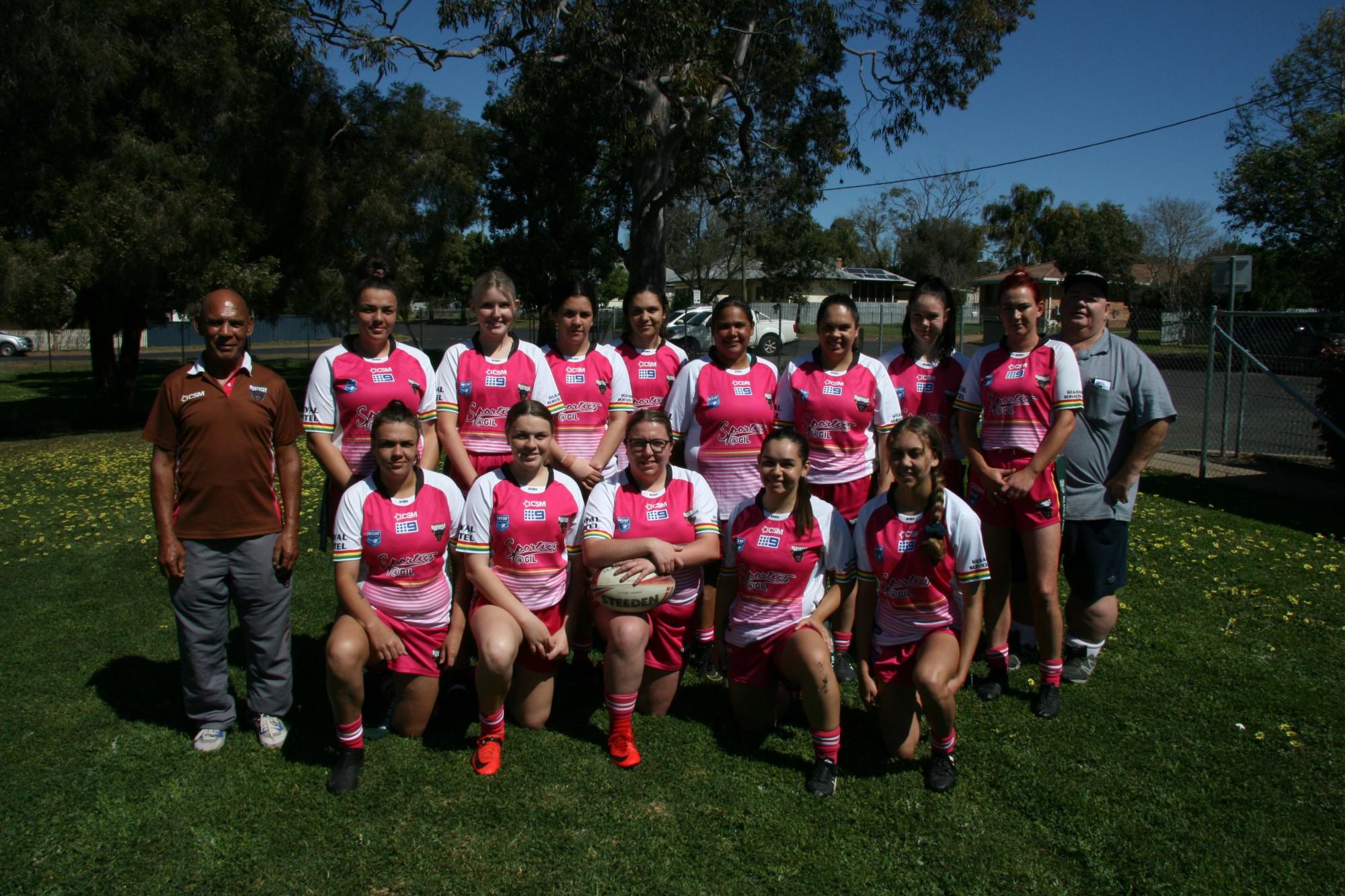 Shian Chatfield converted but Dunedoo skipped out to a 20-6 lead at the break. The Pinkies came storming back into the match shortly after the break with converted tries to Emily Fardell and Cassie Nolan to trail by only two points, but the Swaneetes clicked into gear scoring three tries to put the game out of reach for the Pinkies.

To their credit the Pinkies were the last to score wh-en Larissa Kennedy touched down for a converted try before full-time. Final score 34-22 to the Swanny girls.