The Gilgandra Panthers will host the 2020 Castlereagh League Grand Final after defeating the Coonamble Bears 22-14 on the weekend. 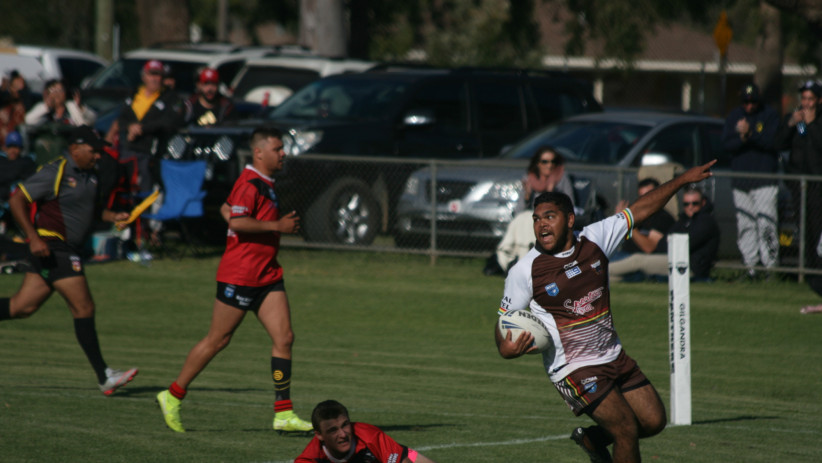 The archival teams went into Saturday's match with a win each this season and the Bears certainly came to play. Jake Fernando opened the scoring for the Bears when he potted a penalty goal from close range.

It wasn’t until the 15-minute mark that the Panthers troubled the scoreboard attendant. Hayden Smith used a planned move to slice through untouched for a great try next to the sticks. Brandon Hammond converted and two minutes later they were in again when Alex Ronayne cut the Bears to pieces and scored out wide. Hammond made it 12-2 to the Panthers and the home side were looking to extend their lead before the break. However, it was the Bears who shocked the Panthers with a nice try to Cody Tickle just before half-time.

Fernando reduced the Panthers lead to four points at the break and the Panther fans strapped themselves in for a tense second half.

Damien Bell scored to extend the Panther lead once again. The Bears came roaring back into the match when Trent Nixon scored a converted try to make it 16-14 to the Panthers midway through the second stanza.

The Panther crowd urged on their boys, but the Bears wouldn’t go away. It was anyone’s game as the seconds ticked down. With only half a minute left on the clock, Hayden Smith scored his second try after he found an opening in the Bear wall and sliced through to score in the canteen corner and seal the victory.

Hammond iced the cake with his conversion from out wide and the Panthers booked themselves another grand final in front of their home crowd.

The Panthers will meet the high-flying Dunedoo Swans in the grand final match, after the Swannies beat the Cobar Roosters 32-16, in another tough match played at Tom Knight Oval at Cobar on Sunday, September 27.

The grand final is shaping up to be a classic game of football; there is nothing between the two sides as they strive for 2020 premiership glory.

The Pink Panthers came ever so close to causing the boilover of the season when they went down in the dying seconds in their game against the Swanettes. The Dunedoo girls have only tasted defeat once this year but the Pinkies pushed them all the way. The scores were locked at 12-12 at half time and late in the second half the Pinkies scored in canteen corner to even the scores at 16-16 and it looked as though the game was set for extra time. The Swanettes broke the Pinkies hearts however when they were able to score in the dying seconds. Dunedoo will now play the defending champions, the Lady Magpies from Baradine in the GF following their close win over the girls from Coonamble.

The Bear Cubs will be raging favourites to take out the Youth League competition after they ran over the Bombers from Binnaway, but the Bantom Chooks from Cobar will be heading to McGrane Oval with their confidence sky high after they got over the young Panthers on Sunday. The Panthers were certainly in the match for much of the first half, but the road trip seemed to take its toll on the Panthers cubs, with Cobar totally dominating in the second half.