Basic tool skills are something that many young girls might overlook or are simply never given the chance to learn. Supporting and Linking Tradeswomen are looking to change that.

The philosophy behind the organisation is that females are usually not taught how to use or develop proficiency with power tools and tools in general and therefore are at a disadvantage when applying for trade apprenticeships. With trades becoming more and more prolific and lucrative in the job market SALT’s objective is to bring to our attention to the access boundaries and remove them.

SALT’s Fi Sheering said that after researching women in the trades, they found that a support network was necessary for women in trades but that they “also needed to try and change how people viewed job”.

SALT aims to teach as many women as they can these basic skills, because often they don’t learn them otherwise. 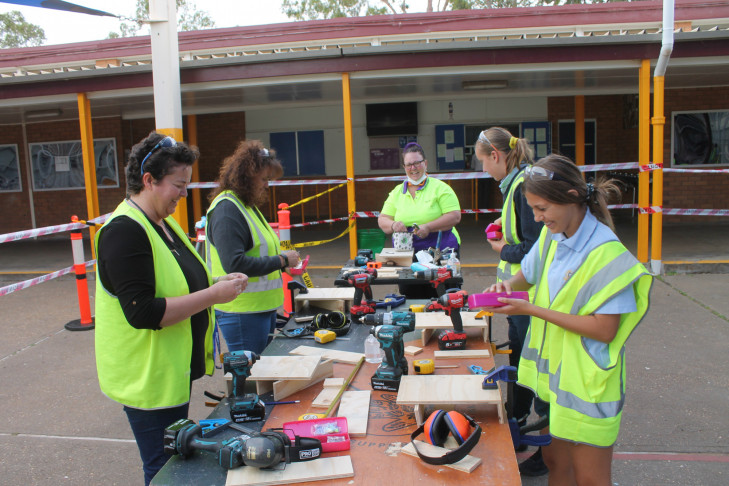 While the focus is primarily on women, Ms Sheering said they’ve “never refused a boy or a man either”. The workshop instructor said that the response at GHS had been “amazing” and that they always loved seeing how the girls progressed as the workshop went on.

“Every time we come, they absolutely adore it. We love seeing the change when they first come in very nervous, not sure that they want to do this and by the end of it they’re all absolutely pumped and enjoying it.”

One GHS student, Chloe Mackney, said at first, she wasn’t even going to sign up for the workshop.

“I didn’t expect I’d enjoy it, I was really nervous. At first, I wasn’t going to put my name down for this, but I’ve really enjoyed doing the workshop,” said Chloe

Ms Sheering said that the workshops even inspired women in established careers to make a change. The current vice-president of SALT was once a in publishing before one of the workshops gave her the push that lead to her now being a fully-qualified cabinet maker. 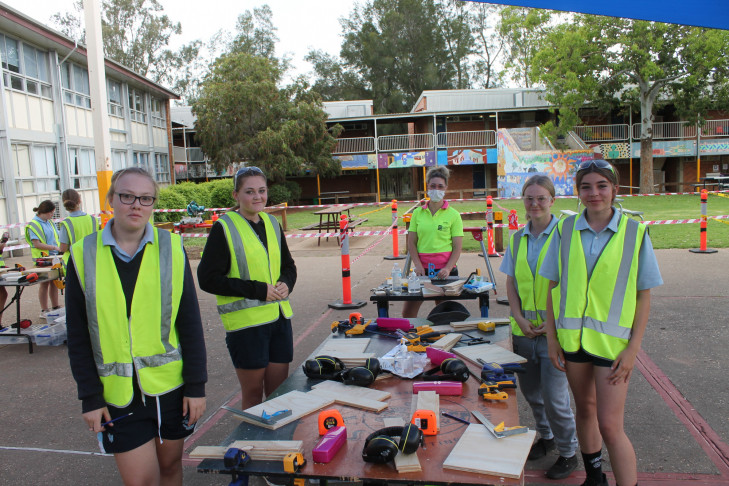