The gift of a better life

Local father Damien Jordan is stepping up to give his daughter Brydie the chance at a better life by giving her one of his kidneys next week. 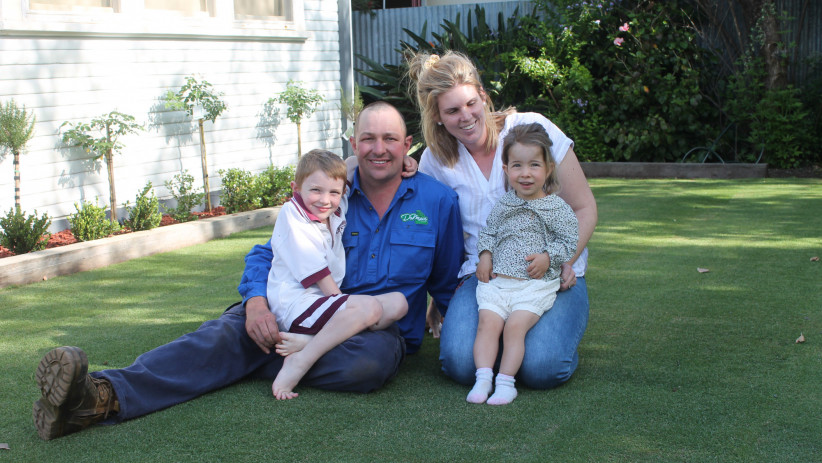 Buy Photo
Dusty, Damien, Laura and Brydie Jordan outside of their Gilgandra home.

All parents would know that having a child takes sacrifice, sometimes unexpected sacrifice. But every parent is happy to do it to keep their children happy and healthy. So, for Damien and Laura Jordan, a kidney is a small price to pay. In May, their then three-year-old daughter Brydie’s kidneys failed, and they knew one of them would be giving up a kidney for her.

“When Brydie’s kidneys failed we knew she’d need to have a transplant, I did all the testing first and if I wasn’t a match Laura would have done it,” said Mr Jordan.

Round after round of bloods tests and scans were required and, thankfully, Mr Jordan was a match. With the day of the surgery set to later this month, Mrs Jordan said a mixture of feelings are swirling around the family.

"Like any surgery, you would be, and it’s not a common procedure.” Mr Jordan said that he was under strict orders to “stay away from Dr Google”, so he could stop freaking himself out. Currently young Brydie requires 12 to 14 hours a day of at-home dialysis treatment, which can take a lot out of her, but Mrs Jordan says they’ve seen a number of improvements since it began.

“She gets really worn out, but she seems really happy and healthy. She’s been able to develop a lot more since she’s been on the dialysis. We didn’t really realise how sick she was until we started dialysis.

The Jordan’s say one of the big challenges post-surgery will be the dramatic increase to Brydie’s fluid intake.

“She can only have 400mls a day at the moment, that’ll be a big challenge because following the surgery we need to try and give her two litres a day. Maintaining her diet will be difficult as well and she’ll be taking about six to eight medicines a day, and sometimes two to three times a day.”

The surgeries will take roughly 12 hours with Mr Jordan going into surgery at 6am and waking up at about 1pm. Brydie will go under at about 11am and finish up at roughly 6pm.

“For about three days afterwards she’ll be in ICU where they say her wound will still be open but she’s nearly covered over, it’s just a little loose to account for swelling and then they’ll stitch her up fully."

"The new kidney should last about 25 years and then patients usually end up on dialysis and need another transplant. So probably when she’s about 30.”

Post-surgery Brydie will have a new lease on life with a functioning kidney for the first time in a year. Mr Jordan said he’ll have to wary of his diet in order to avoid kidney disease. Throughout the whole process, the Jordan’s said the community has “been behind us completely”.

“We’ve had plenty of family and friends help, and strangers. I don’t think we would ever be able to thank everyone. Physically, financially we’ve had so many people help us, they’ve been very kind.”