One in 1400, Sam scores mining apprenticeship

A year 10 Gilgandra High School student has beaten out some tough competition for a highly sought after apprenticeship in the Ulan coal mine. 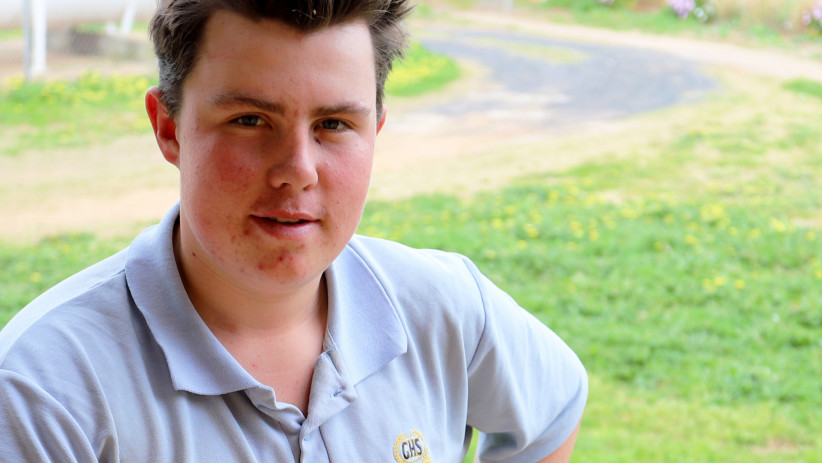 Gilgandra High School year 10 student Sam Duff is excited to be taking up a job as a mechanical apprentice at Glen-core’s Ulan coal mines.

The humble teenager’s achievement in gaining the position is a credit to him and also a major achievement in a highly-competitive recruitment process.

“Then they said there was only four electrical and four mechanical (apprenticeships) to be selected from the 167 applicants. So, at that stage I didn’t think I had much of a chance.” The application process started in April and interviews were conducted in August with the top 27 applicants vying for the fi-nal eight spots. Sam believes his background on the farm was an advantage. He spends time on the farm helping work on machinery at home.

“We’re always working on stuff, and it’s what I always wanted to do,” he said.

Sam said he was “over the moon” when he received a job offer, to start in January 2021. He’s now looking forward to the opportunity to meet the site manager. “I’m very happy. It’s going to be a good experience,” Sam said.

“With a focus on local talent from regional communities, our program builds skills and experience through mentoring and practical work,” he said.

“Sam was put through a series of testing criteria including an application process, aptitude testing and a paneled interview. The interview provided Sam with an opportunity to talk about his interests and some of his past experiences. Most importantly, it gave Sam the opportunity to showcase his passion in developing his skillset and becoming the most competent tradesperson he could be.

“Learning to be a quality tradesperson is incredibly rewarding and I am sure that Sam will seize the opportunity with both hands.