The local State Emergency Service (SES) unit are looking on with delight as their updated headquarters are getting closer and closer to completion. 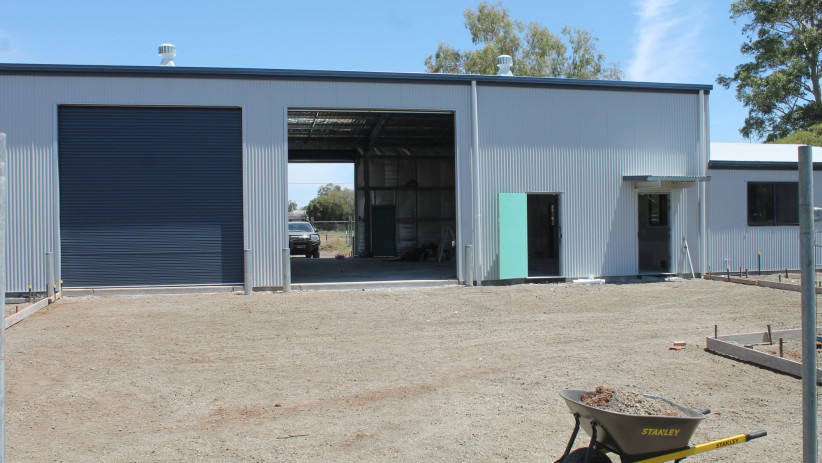 The updated headquarters aren't far off being usable.

Gilgandra SES's new headquarters is taking shape with roller doors recently installed and concrete poured for the driveway. Local SES unit commander Geoff Kiehne said one word could describe the feelings of the Gilgandra volunteers and the progress of their new headquarters: delighted.

“We’re very happy with how the project is going and we’re very excited at the progress this stage,” said Mr Kiehne.

“It’s going to be so good to have a headquarters that is fresh, clean, neat and tidy, that’s purpose build and has air conditioning for the hot and the cold. It’ll do a lot for the professional image of the Gilgandra SES.”

Earlier in the development there were some delays due to the preferred location of the new building but Mr Kiehne says that it will be more than worth the wait.

“We wanted to get the SES in a higher profile position in the community as opposed to being in a back lane or somewhere in the industrial estate. We need volunteers and the community to know we’re there."

“It also does put us together with the other emergency services in town such as Fire and Rescue and the Rural Fire Service.” The local unit commander said that the location will allow quick and effective collaboration between local emergency services. Particularly when these services are required to provide a joint effort in times of emergency or intense weather events, such as the storms earlier in the month.

“It makes it much easier for briefings and things like that because it’s only a matter of walking next door. It’s a great area and it’s an area in town where there’s plenty of parking for emergency service personnel and in times of need.”

Mr Kiehne also said that this location will allow for “drive-through” design meaning the SES won’t have to reverse park their large trucks coming in from the highway.

“We’re also hoping to get a new rescue truck somewhere in the near future and it will be a lot heavier and somewhat larger and so not having to reverse that truck into the building off the highway will be much safer and more practical.”

With the new headquarters the SES are hoping to attract new volunteers as well, particularly in the areas of flood and road crash rescue.