Ahrens Gilgandra are building on a good season with a number of additional permanent and full time staff being hired. 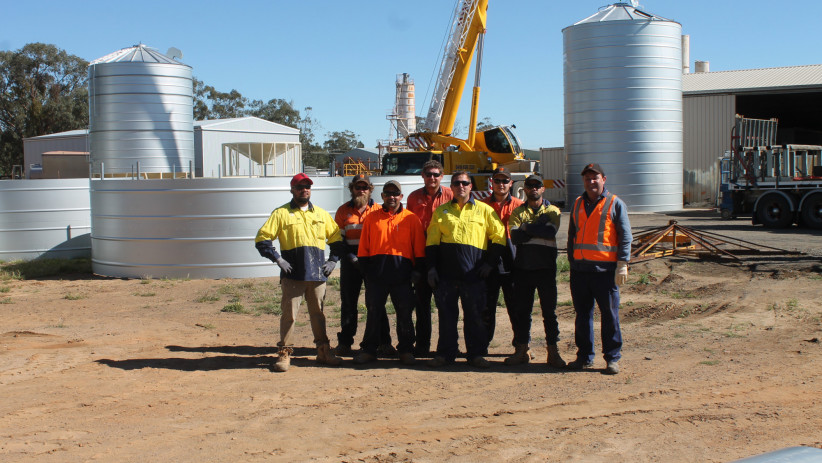 With good rain comes a good season, and with a good season comes good jobs. Ahrens Gilgandra are going from strength-to-strength this year, almost doubling in staff and blowing previous record sales years out of the water.

Operations manager Andrew Schier said that even 2016 doesn’t compare to this year’s tally.

“We had a big season in 2016 but we’ve surpassed those sales for that year and that’s in a six-month period,” Mr Schier said.

“That’s all because of the seasonal turn around and the crop prospects. Because of how busy we’ve been we’ve gone from a staff of 12 to 23 at the moment and the good part about that is that there’s only three casual jobs in that.”

Mr Schier that people often voice concerns that expansion in a workforce during wet years will simply contract during droughts but for Ahrens that isn’t the case.

“These are drought proof jobs that are staying in Gilgandra. Ahrens have made it clear from the top down that they intend to maintain this workforce even in the drier years. We’re going to be manufacturing a backstock of units even when there isn’t rain so that we’re ready to go once better weather rolls around,” he said.

After a bleak few years of drought from 2017 onwards, Mr Schier said it was great for the community to be getting these stable and good paying jobs in the town. He also said the new hires were fitting in perfectly.

“When you saw jobs disappearing last year and during the drought, to have these full time jobs that have quite substantial wages, it’s a real win."

“The team morale is really good, our new guys are settling in very quick. They’re going absolutely gangbusters, they’re keen to work and they’re putting in the overtime. You couldn’t give them a better rap for how well they’re doing and how quickly their catching on to it.”

On a national scale, Ahrens have just been named as the 164th top privately owned business in Australia according to IBISWorld. This is a 19-place improvement on last year’s result.