It's OK to ask RUOK?

This year RUOK? Day and World Suicide Prevention Day have fallen on the same date, with both highlighting the need to help and support those around us who might be struggling with their mental health. 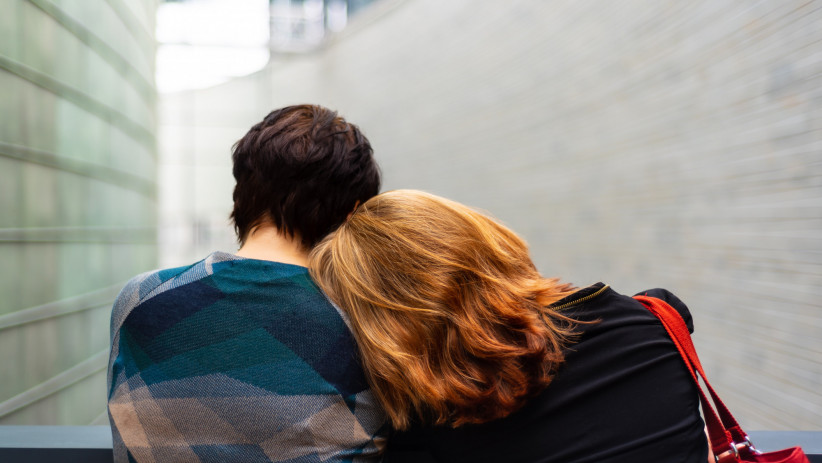 Rural Adversity Mental Health Program counsellor Camilla Herbig said it was appropriate that the days fell on the same date given the theme of RUOK? Day this year.

“They do really fit well together because suicide prevention day is all around having conversations and looking at how we can prevent suicide within our communities because it is generally preventable,” said Mrs Her-big.

“RUOK? Day plays really well into that because it’s also all about starting conversations to hopefully prevent suicide. They really go hand-in-hand together.”

Knowing when to have these important conversations with friends and family can be difficult, but Mrs Herbig said there are a number of warning signs to look out for.

“The main warning sign that we see is a change in behaviour. Generally, if you know the person quite well and they aren’t themselves that’s the biggest indicator that something is wrong."

“A big one can be big things like a decline in social contact or they’re socially withdrawing. They might be having a change in sleeping or eating habits, lower mood, lower confidence, lower motivation, all of those things can be signs of someone struggling.”

However, noticing someone isn’t doing well is only half the battle. But Mrs Herbig said that although it can be intimidating but the best place to start is with openness and honesty. She also had a number of tips for having that conversation.

“It can sometimes seem a little bit scary to open the conversation and there are lots of myths and misunderstandings about starting the conversation, about mental health and suicide prevention. The biggest thing is that you can’t cause harm by opening a conversation that is genuine, honest and supportive.

“A big part of this is asking questions and then sitting back and listening. Remember, we’ve been given one mouth and two ears, we should listen twice as much as we talk. Try not to jump in and solve the person’s problems immediately; quite often just being able to be given the time to talk through what’s been going on can be incredibly helpful to the person. That can be more supportive than you jumping in and trying to solve their problems.

“Try not to be really emotional, or surprised, or taken aback if the person does disclose that they’re really struggling because that can actually really impact the conversation. Really try to stay calm, listen and hear what the person has been going through and what’s happening for them.”

Although these conversations are important to have, Mrs Herbig said that the main goal is for people to get the professional help they need, and being there as a source of support as they endeavor to improve their mental health.

“While we can’t all be counselors and professionals, we can all play a role in this. Having conversations are one of the biggest things we can all do to support one another and hopefully prevent suicide, in addition to managing our own well being.

“Yes, we need to open the conversation, but by doing so we aren’t expecting that person to be taking on all of the problems of the individual and resolving them. It’s really about opening the conversation and then encouraging action, which is quite often professional help, and then being that sounding board later, and following up to see how they’re doing.”