Despite overwhelming public opposition and under considerable pressure from both the state and federal governments, the Independent Planning Commission has given Santos’ Narrabri Gas Project a conditional green light.

In June 2014 the community of Tooraweenah declared themselves coal seam gas free, along with a multitude of other communities across NSW. The recent decision by the Independent Planning Commission signals that these pledges may have fallen on deaf ears. Gilgandra shire is over 98 per cent community declared gas field free.

After years of fighting, the IPC has confirmed what many in regional NSW already knew; the concerns of the bush are not the concerns of the government. With one of the largest underground water sources in the world hanging in the balance, the Santos Narrabri Gas Project (NGP) has been approved with the caveat of satisfying 134 conditions set out by the Independent Planning Commission (IPC).

Santos has less than a spotless track record in meeting requirements, having all but ignored recommendations made by the NSW chief scientist in 2014. Santos fulfilled two of the 14 conditions, despite both the company and the NSW coalition government agreeing to fulfill these conditions before moving further with the project. The NGP will see 850 new gas wells drilled across 95,000 hectares in the Piliga Forest, which sits atop the Great Artesian Basin.

Local advocacy group No Coal Seam Gas Gilgandra District Incorporated (NCSGGDI) expressed their disappointment at the decision to allow the project to move ahead. “A critical opportunity to stop unconventional gas extraction in NSW has been lost,” the group said in a statement.

“NCSGGDI committee members are immensely disappointed, frustrated and feeling let-down by the decision-making process. The decision has not reflected the science or the will of the people which was so comprehensively expressed to the IPC.

"Its decision defies the risk to the environment, the reality of the energy market, and the need for action to comply with our international commitment to keeping the global temperature increase well below a two-degrees celsius (pursuing 1.5 degrees celsius) above pre-industrial levels.”

Receiving over 11,000 submissions, the overwhelming majority of these submissions opposed the project. For some, this along with changes made to the IPC in March by the state government has raised questions about the independence of the commission.

Following complaints by mining and resource interests after the rejection of a coal mine in the Bylong Valley, the NSW government’s minister for planning and public spaces Rob Stokes made a number of changes. One such change included a strict 90-day deadline on the decision, which was extended to 120 days. Paul Stein QC, a committee member of the Centre for Public Integrity, told the Guardian that he was “deeply concerned” by such changes and the effect it had on the integrity of the commission.

“We believe the IPC shouldn’t have the word independent in the title anymore because they’re essentially under the control and direction of the minister,” Mr Stein told Guardian Australia.

“This was a massive inquiry, highly technical, and it was ordered to be finished in 90 days, and that was only extended to 120 days because [Santos] put in further submissions. It is very hard for a tribunal or commission to withstand such intense political pressure.”

Spokesperson for Lock the Gate Georgina Woods said that this strict timeline meant that important information was ignored by the commission.

“Information about leaks and spills occurring right now in the Queensland coal seam gasfields was ignored by the commission and requests for independent expert advice about groundwater and greenhouse emissions were refused because of the impossible timeline imposed on the commission by minister Stokes,” she said. 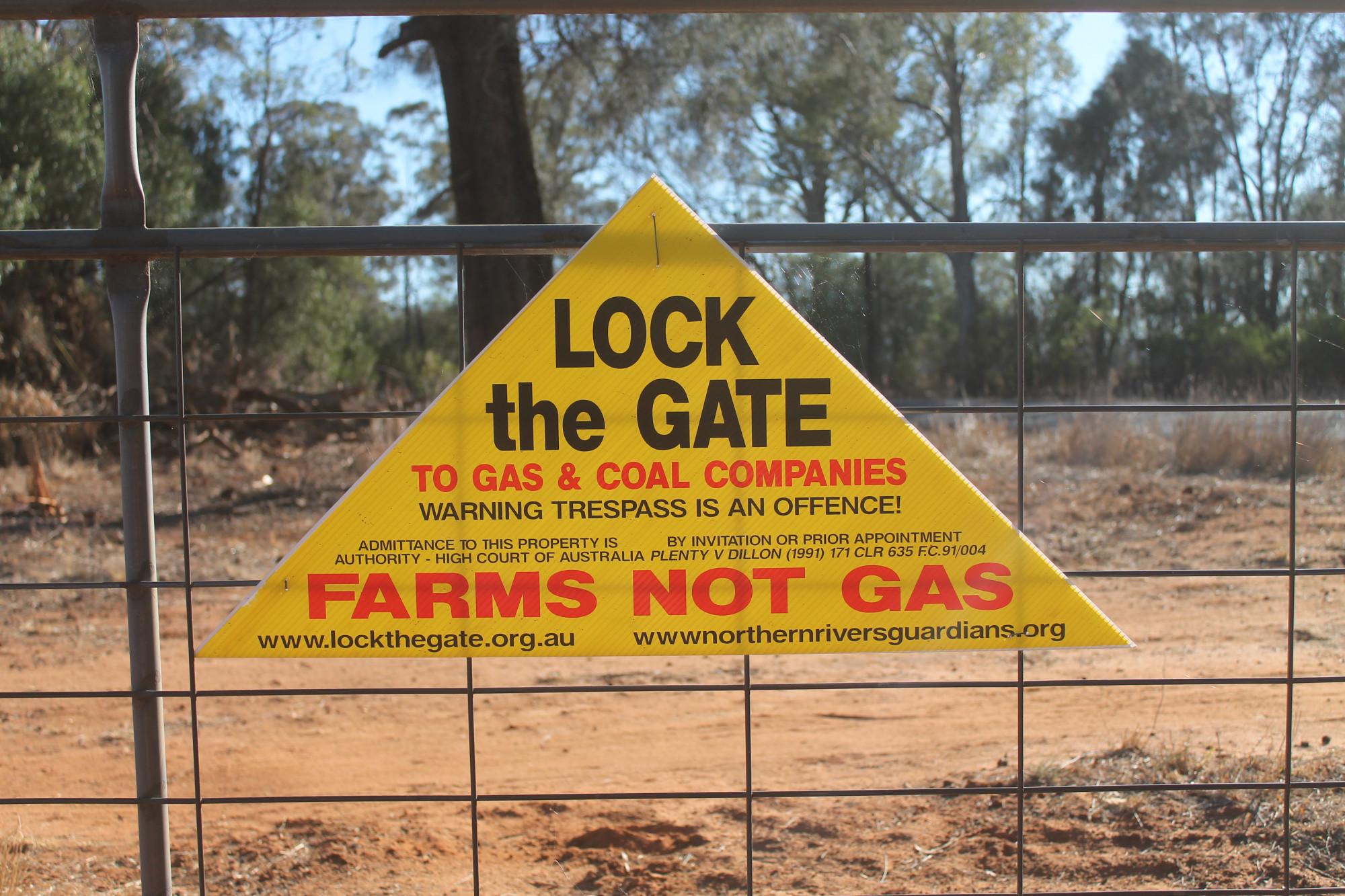 Member for Barwon and vocal opponent of the NGP Roy Butler voiced his own concerns about the involvement of state and federal governments but stopped short of questioning the commission’s independence.

“I’m not suggesting the independence of the IPC has been compromised, but what I am saying is that when you’ve got the prime minister and the deputy prime minister banging on about gas and a gas led recovery it puts a huge amount of pressure on the IPC to come up with an approval,” said Mr Butler.

“This just comes back to perception, you could have every check and balance in place in terms of independence but the optics or impression of it would be that they were put under pressure to approve it,” said state member for Barwon Roy Butler.

However, Mr Butler warned against a fatalistic approach to the news, citing the 134 conditions Santos will be forced to meet.

“We already know that Narrabri gas is going to be very expensive gas and the cost of the compliance conditions is going to be put on top of the existing costs. It could potentially make it too expensive and then unviable.

“We already had question marks around the viability of it with the Australian Energy Market Operator’s estimate of $7.41 a gigajoule. It really does make you wonder if it’s going to cost more than how can it be viable. They still need to meet 134 conditions and the important one I wanted to see was water and I know they’ve raised the bar in terms of water that there needs to be a higher level of confidence and better modelling.”

One of the 134 conditions set out by the IPC included a complete ban hydraulic fracturing or “fracking”. This was a large concern for environmental groups due to the catastrophic effects the practice has on surrounding habitats and water sources.

In the report the IPC stated that “the applicant (Santos) must not undertake any hydraulic fracturing of coal seams in the project area at any time”. In a recent statement, NSW Farmers also expressed their “dismay” at the decision by the IPC. NSW Farmers president James Jackson said that their members showed no inclination towards risking the ground water that lies under the proposed drilling sites in the Piliga Forest.

“Our members have indicated very clearly that they have no appetite for risk to their precious water sources,” said Mr Jackson.

“Our members do not believe that any conditions imposed on the approval of this project make it acceptable.

“Security of groundwater and other water sources and protection of important agricultural land is of paramount importance to farmers.

“Our members are concerned and they cannot support any activity that could pose a risk to the precious Great Artesian Basin and other water sources,” said Mr Jackson.

Independent NSW MLC Justin Field said that direct action is now the only path available for opponents of the project.

“The fact that this project has been approved in 2020, in the face of a climate and extinction crisis, shows that our planning system is broken."

“The community now have no choice but to physically stand in the way of this project,” said Mr Field.

“Santos is excited about the prospect of developing the Narrabri Gas Project, a 100 per cent domestic gas project that can provide the lowest cost source of gas for NSW customers,” Mr Gallagher said.

“This major step forward is welcome, but we must now gain the approval of the federal minister for the environment under the Environmental Protection and Biodiversity Conservation Act as well as other subsequent approvals,” Mr Gallagher said.