A century ago the foundation stone of a soon to be built church was laid, which was in part a celebration of the bravery shown by the Australian armed forces during WWI. Now St Ambrose Anglican Church is putting on a show to remember to celebrate the milestone. 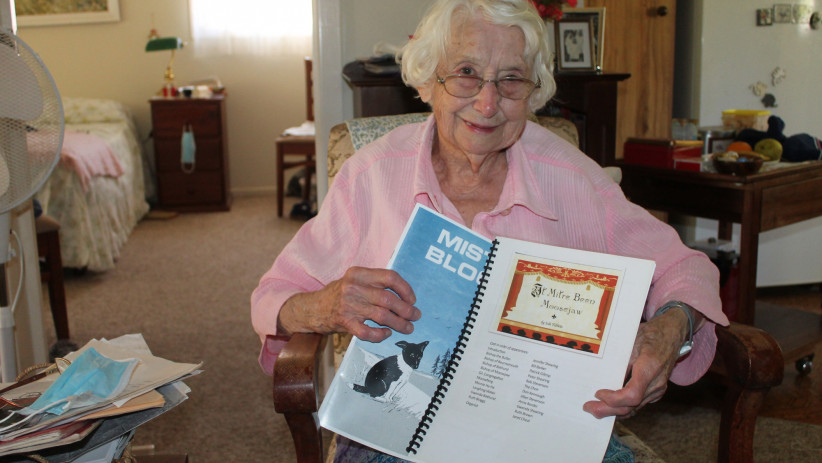 November will mark a momentous occasion for Gilgandra’s St Ambrose Anglican Church. It marks 100 years since the church’s foundation stone was laid. To celebrate the centenary the church is organising a showing of local playwright Isla Tibbits stage show Mitre Been Moosejaw. Mrs Tibbits said that after World War I the British wished to show their appreciation to the colonies that had helped out so much during the conflict.

“They thought a good idea would be to build a church in the colonies as a thanksgiving,” she said.

“They though that there were two places that had done a lot. One of them was Moosejaw in Canada and the other was Gilgandra. Mitre Been Moosejaw is a play on words, as in the hat that a bishop wears is a mitre.”

The play has been cast drawing on the deep reserves of local talent and rehearsals have begun. In a COVID-19 world community events such as this have been sorely missed.

Organiser of the play Madeline Foran said that next month will be a celebration of what the church and its parishioners have achieved over the course of 100 years.

“This milestone makes you contemplate all the ministers and parishioners that have worked tirelessly to serve the community, supporting each other in community and so much more,” said Ms Foran.

“It was interesting to find that many could not make it to the 1920 laying of the foundation stone as they were in the midst of harvest after three years of drought, just as we are for the 2020 anniversary.”

Ms Foran said that the design of the church is unique particularly for a country town. She also said that the current parishioners still acknowledge the donation that made the church a possibility.

“The church was designed by renowned architect Louis Williams, with custom stained-glass windows by artist Christian Waller. Originally the building was to be twice the size. You may have noticed the wooden wall at the back which was to be a temporary wall.

“We acknowledge and still appreciate the significance of the Parish of St Ambrose Anglican Church, Bournemouth’s generosity who chose Gilgandra to donate 1200 pounds to the community for the new church, in honour of the immense comparative service to the British Empire during WWI.

“There remains an enormous sense of pride for the district along with the capacity it took to raise the remaining funds necessary just 20 years after construction of the first church building on the site.”