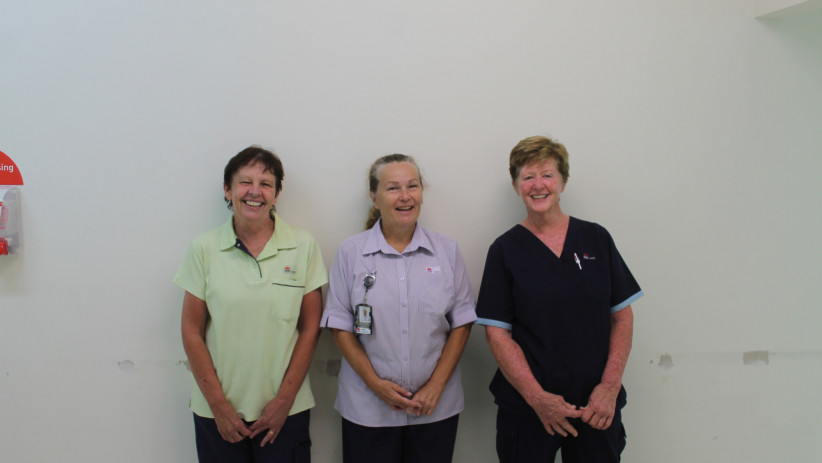 Wendy Walker, Jenny Reynolds and Bonnie Gwyn have seen a lot of change in each of their 40 years with the hospital.

“When I first started all the registered nurses used to wear white shoes and veils and you had to call them sister. Now we just say, ‘hey you’,” said Mrs Walker.

But it hasn’t just been the uniforms that have changed, all three women worked at the hospital before it’s renovations and said the change had a big effect on patient care.

“We’ve seen the old hospital and the new one. Patient care these days is a lot better, we had a lot of patient sharing rooms and having to go down the cold hallway to go to the bathroom. Now they’ve got their own rooms and their own bathrooms,” said Mrs Reynolds.

Mrs Gwyn said that staffing structure had changed a great deal and that though that had it’s challenges, she still loves it.

“I think the staffing structure has changed a lot, when I first started you had the matron and now there are different levels to it, with the nursing staff and the admin staff.

Overall, the three said they’ve enjoyed their 40 years at the hospital, even though from the outset of their employment there it wasn’t exactly the plan.

“I was only supposed to be here for five years,” said Mrs Walker.

Local toddler Ted Johnston is one of just 500 people...

The classics are coming to Warren

With the specter of COVID-19 beginning to fade into...