Since taking over Johnson's Family Store a decade ago, the Tate family have made some big changes and have really made the store their own. 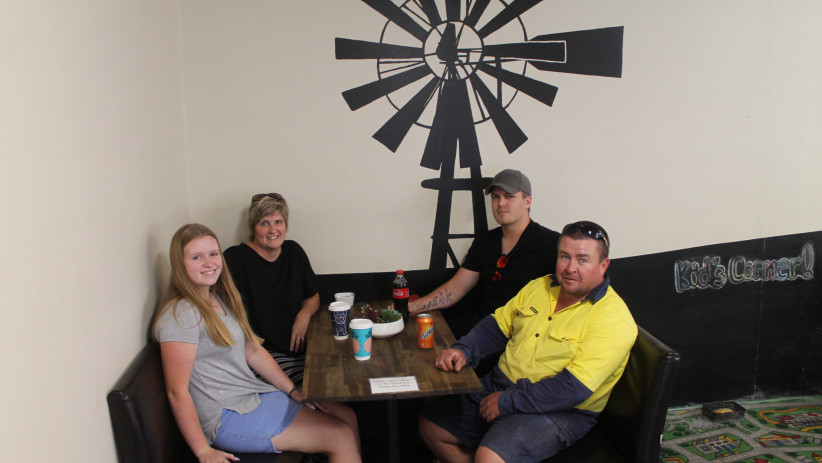 This week Jason and Tracey Tate will reach a milestone that many small businesses never get to see. The Tate’s have owned and run Johnson’s Family Store Café for 10 years. When the pair originally purchased the store in 2010, Mrs Tate had already been working there for four years.

“It was basically a convenience corner store when we bought it,” said Mrs Tate.

“It was originally a place people went after work for a loaf of bread, a hot chook, or a place the children called into for lollies and a chocolate on the way to the pool. Never did we think that we would reach the point in business we’re at now.”

The journey to a decade in business hasn’t been without it’s challenges though. Soon after purchasing the store, the couple saw many other businesses extend their trading hours. This became detrimental in the fact that many regular customers were lost, and business started to slow down.

“Even though our opening hours were 6am to 8pm, it still didn’t seem enough for our customer base to continue coming in after work and other things like that,” said Mrs Tate.

This is when the business began the transition from corner store, to café and caterer. The Tate’s decided to take on the strategy of focusing more on making good coffee and great food as well as continuing to develop and expand the catering side of the business.

What started as making trays of sandwiches a few times a month grew into producing large amounts of food for birthday parties, life celebrations, film crews and weddings among other things on a regular basis.

“The business really took off after word got around of how well our catering side was going. Everything was going really great until the community was forced to cope with drought.

“That didn’t just affect us but almost every other business in town.”

As if the drought wasn’t enough for small businesses in the central west, along came COVID-19.

“When the pandemic really became serious throughout the whole of NSW, we lost so many tourists who make up such a large portion of our customer base,” said Mrs Tate.

“We managed to stay open through the whole situation and slowly but surely restrictions started to ease and business got better.”

“During that period where everyone was either working from home or self-isolating, it was honestly the best time for us to make many improvements around the shop. Since the catering side was seriously affected, we learned more towards focusing our attention onto making the shop develop a modern style, look and vibe, whilst also maintaining the old-fashioned and friendly service.”

“If you walk into the business now it will be hard to miss the new flooring, booth seating, 'kid’s corner'. The new booth seating in particular has proven to be popular with customers.”

One key aspect of the transformation of Johnson’s Family Store Café has been the guidance of their youngest son Dane Collison.

Mrs Tate said that owning and running the business has seen her grow and develop as a person in more ways than one and that she is proud of how the business has really earned its way into the lives of many throughout the community.