Wild weather over the past week has heralded what could be the beginning of a tough stop-start 2020 harvest. 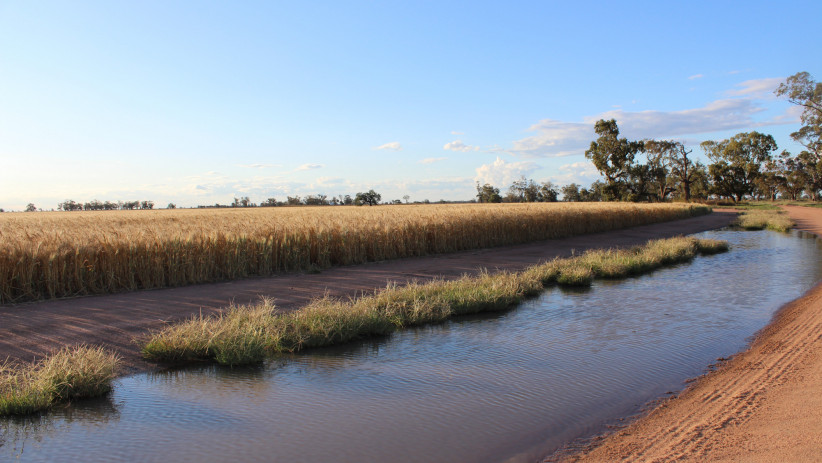 Buy Photo
Water in the table drain near a wheat crop in Curban. Rain at this time of the year is not an ideal start to harvest.

When Dorothea Mackellar wrote of droughts and flooding rains, she may not have been explicitly talking about 2020, but she is right on the money. The predicted La Niña weather pattern has reared its head at a most inconvenient and devastating time for local crop growers.

Over the weekend, wind, rain, and hail damaged crops across the region and has put a question mark over the beginning of harvest. Coonamble farmers are counting the costs, with a hailstorm causing a lot of damage to crops.

With some early crops such as canola and fava beans already stripped, the main harvest focus of the district is wheat, which is still in the paddock waiting to ripen in the normal warm October weather.

After rainfall totals this week between 10mm and nearly 100mm in some parts, three days of cooler temperatures will also delay farmers, as the wet paddocks will take longer to dry out. This question mark extends to the outcome, with more wet weather predicted, growers could be looking at the prospect of a reduced harvest yield. After the past three years of drought, farmers are counting on the income produced from this season’s crops. The outlook for the 2020 harvest has been compared to the 2016 harvest.

AMPS agronomist Martin Murray, who is based in Armatree, said that the rain doesn’t quite spell disaster but there could be some downgrades in quality come harvest.

“Around Armatree, in the scheme of things, the damage hasn’t been too bad, I think there might be some downgrades,” said Mr Murray.

“Overall, I think we’ve gotten away pretty lightly compared to places like the Liverpool Plains and Coonamble where they’re just swimming in water and they’ve had hail and all sorts of things.”

Mr Murray said that from the current forecasts there was some more rain on the way for the region, but nothing catastrophic.

“At the moment, touch wood, we’re past the worst of it. There is talk of more rain later in the week, but it isn’t as much as we got over the weekend, around 5-10mm. It’s not ideal and we could do without it but it’s not the end of the world. Because of the rain you probably wouldn’t get back out harvesting until Friday at the earliest, but I would imagine most people wouldn’t be getting back into it until next week.”

The Armatree-based agronomist said that despite any downgrades to crops, farmers should still expect relatively good prices. Although, not necessarily as high as some predictions may have been earlier in the year.

“The prices are pretty good at the moment, the tough finish has taken away from a lot of the high expectations that the market had.”