It Would Be Mice to See You Leave

With crops in the Gilgandra region progressing well towards harvest, farmers in the area are noticing some unwelcome guests. Mice have begun making their way into local crops, particularly canola, meaning that aerial baiting is taking place on some local properties. Farmer Chris Roche, whose property is near Armatree, said that after noticing mice in his crops he decided to aerial bait. 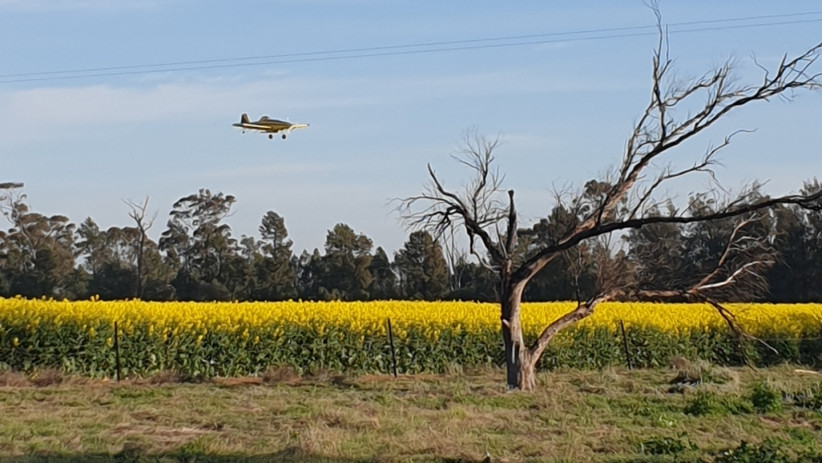 “The agronomist found them probably about two weeks ago and we put out bait cards at night in several areas around the crop,” Mr Roche said.

“Some areas the bait cards were untouched and other spots they were completely gone, and you could see in the canola that some pods had been taken. They can do a fair bit of damage if they get going.

“We’re not really seeing them in the sheds or anything but when I go slashing I’ll see them then. They seem to be coming off grass country and colonising into the canola.” AMPS agronomist Martin Murray said that the consistent rain this year had set up favourable conditions for mouse populations.

“The wet start to the season has given them a pretty good food source and just allowed them to breed up. We’ve got some pretty good crops so it’s making it pretty rosy for them at the moment,” Mr Murray said.

The local agronomist said that at this time of year they’re most likely going to be found in canola crops but have been seen elsewhere as well.

“Canola is the big one, they really love it, so they’ll get into it first. We’re getting some reports of them in fava beans, little bits in barley just crawling up and chewing the heads a bit. A little later on we’ll start seeing them in wheat, just chewing through the stem. You can lose a fair bit of yield potential. In wheat they’ll chew through the stem, so you’ll just lose that entire head. They’ll chew off a heap of them at night.”

Mr Murray said that there are also a number of other pests to keep an eye out for, but the region hadn’t seen any great number of them thus far.

“Normally we’d have aphids in canola as well, but we haven’t really seen any of them. Only very, very low numbers. We’re also expecting to start getting some grubs in fava beans, chickpeas and lupins, all your pulse crops.

“Mice have been the biggest issue so far, but they’ve been pretty well confined to canola crops. It’s just about being vigilant and if you see damage just going out and baiting them, it’s not the dearest thing in the world to do either.”